Young urbanites in Chattanooga and elsewhere are willing to sacrifice space

Jonathan Eakes moved from North Carolina to Chattanooga last year and now lives in a tiny studio in a former senior center.

When Kelly Lunt moved here from the San Francisco area in November, she rented a 550-square-foot one-bedroom apartment in the heart of this city’s downtown. She pays $900 a month with all utilities and Wi-Fi included.

The 29-year-old, who is a project manager for a nonprofit that helps tech businesses, is even considering downsizing—to a $685-a-month, 375-square-foot studio in the same building.

“I don’t care about size,” said Ms. Lunt. “I want a nice apartment for as cheap as possible.”

Ms. Lunt is one of a growing number of cost-conscious young urbanites who want inexpensive living and are sacrificing space to get it. Since the recession, developers in major cities such as New York and San Francisco have been building or rehabilitating small apartment units—some less than 300 square feet—to appeal to price-sensitive young workers and students. 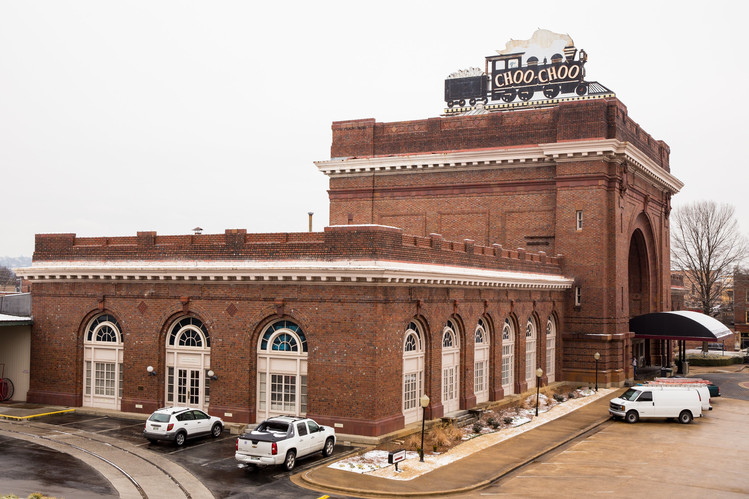 Now this trend of Spartan living in so-called microapartments is making its way to cities like Madison, Wis., Rochester, N.Y., and Birmingham, Ala.

One reason for the push is increased overall demand for rental apartments since the recession, as younger Americans either can’t afford to buy a house or don’t want to, according to Daniel McCue, research manager at the Joint Center for Housing Studies of Harvard University. They have diminished expectations, less access to financing and a strong desire to stay in cities, he said.

“You would have been insane to try it prerecession,” said Robert King, a developer who is building smaller units as part of a larger project in Jackson, Miss. “Now everybody’s doing this.”

Chattanooga, a city of about 173,000 in East Tennessee, was in decline for decades as many manufacturing operations closed or moved away. But in recent years the local economy has picked up, in large part thanks to new large employers including Volkswagen AG ’s U.S. plant and an Amazon.com Inc. fulfillment center. Since 2000, Chattanooga’s population has increased steadily. From 2010 to 2013, the city’s population grew 2.7%, a higher rate than for any other major Tennessee city besides Nashville, according to census estimates.

Job growth also has been spurred by the city’s Internet speeds, which are some of the fastest in the nation. Since 2010, the city-owned energy provider has rolled out one-gigabit Internet service—drawing established tech companies and startups, and more young people as a result. The downtown has been revived with new restaurants, juice bars, dance studios and art galleries—while also driving up rents. Young engineers are coming to the area for Volkswagen and other companies, and recent graduates are settling in Chattanooga to work on startups and developed-software companies.

The organization has supported City Council votes granting tax breaks to developers that build less expensive rental units as a portion of any project. The obvious way for developers to get the tax breaks—made through payment-in-lieu-of-tax agreements—is to maximize profits by making units smaller, she said.

Some city officials have raised questions about city support for such projects. Earlier this month, the City Council voted 5-4 to grant tax breaks to developers of a 64-unit building that will include more than a dozen 400-square-foot efficiencies renting for $750 a month. Some elected officials argued the breaks weren’t pushing developers to build units large enough for poor families, just tiny apartments for students and young professionals. Councilman Yusuf Hakeem voted against the proposal and said in an interview that he believed the breaks were helping developers, not the city’s poor.

“I do not feel that type of housing that is being proposed is a benefit to those citizens who would be classified as low to moderate income,” he said.

Ms. White said developers often ask her if this housing niche of tiny apartments will become saturated. “I tell them, ‘Just keep building. We aren’t even close yet,’ ” she said.

Chattanooga’s trend began in earnest in 2012, when a former apartment and assisted-living complex was rehabilitated to create “The 300,” a nondescript building of 112 one-bedroom and studio apartments targeted to young professionals. The building’s marketing slogan, “where lifestyle meets functionality,” appealed to younger renters, said Kate McKenzie, who heads up sales for the building. The building is full, she said.

“It’s just a small room, a kitchenette and a bathroom,” she said. “There’s not much to it, but it’s what students and young professional just starting out on their own want.”

Jonathan Eakes, a 25-year-old who works for a software company, said he found “The 300” online before moving here from North Carolina last year. Some days he has regrets living in his studio “when I’m knocking stuff over in my kitchen because there is no room,” he said, “But whenever I get paid, I remind myself that I have money left over to do what I want—like going out and going on trips.”

Other projects are following “The 300.” Owners of the Chattanooga Choo Choo Hotel, a somewhat faded tourist center in the southern section of downtown, are about to spend $3.5 million converting 97 hotel rooms built in the 1970s into mini-apartments, most of them around 350 square feet and going for between $680 and $750 a month. They also plan to create entertainment venues and refurbish remaining hotel rooms.

Jon Kinsey, co-owner of the hotel and a former Chattanooga mayor, said the success of “The 300” convinced his development company that young people were clamoring for such housing.

“All they are looking for in an apartment is a place to sleep,” he said.