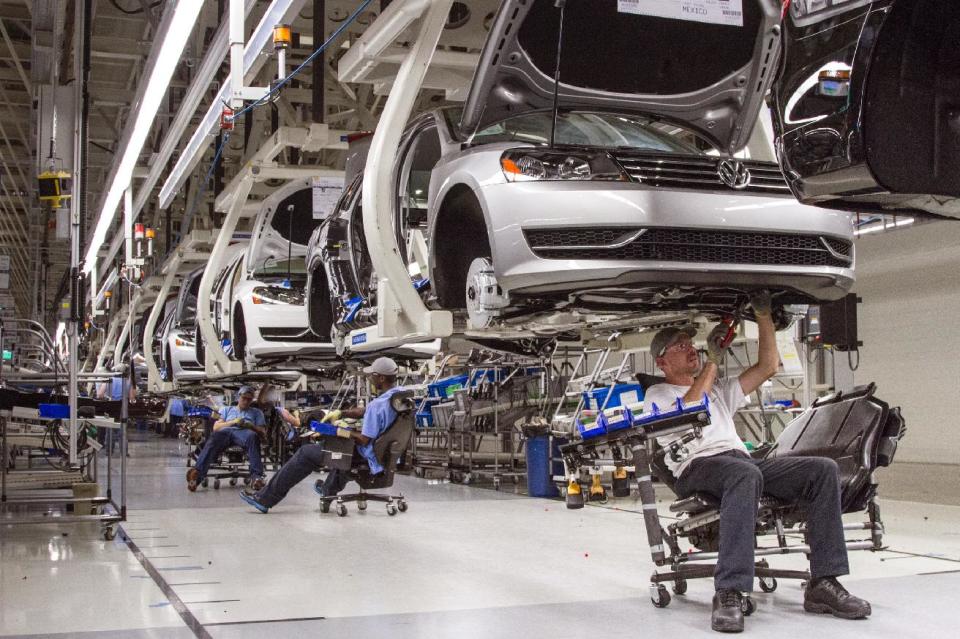 NASHVILLE, Tenn. (AP) — Volkswagen plans to build a new seven-passenger SUV at its factory in Chattanooga, Tennessee, adding about 2,000 factory jobs as it tries to reverse U.S. sales that have fallen for the past two years.

The German automaker announced Monday that it will invest $600 million to expand the factory and set up a new research center that will employ about 200 engineers. The research facility will coordinate products for North America to quickly include customer feedback into planned and existing models, the company said.

The announcement comes after months of political wrangling over the role of organized labor at the factory, which now employs about 1,500 workers and makes only

one model, the Passat midsize car.

Production of the new SUV, based on the CrossBlue concept vehicle unveiled in Detroit last year, is scheduled to start at the end of 2016. It gives VW an entry into an important segment of the U.S. market — the family people hauler.

VW sales fell almost 7 percent last year and are down more than 13 percent so far this year, largely because the company doesn’t have competitive products in key market segments. VW had a big year in 2012, with sales rising 35 percent to more than 438,000. But sales fell to about 408,000 last year, and the brand sold only 179,000 through June this year.

“The Volkswagen brand is going on the attack again in America,” Martin Winterkorn, chairman of Volkswagen AG’s management board, said in a statement, repeating the goal of selling 800,000 Volkswagen brand vehicles in the U.S. by 2018.

The company plans to add about 538,000 square feet to the existing factory to build the new SUV.

Negotiations over state incentives for the expansion of the plant hit a snag over a union vote at the plant in February that was narrowly lost by the United Auto Workers. Republican politicians had warned that a vote for the union could have hurt the chances of the Legislature approving more than $300 million in incentives.